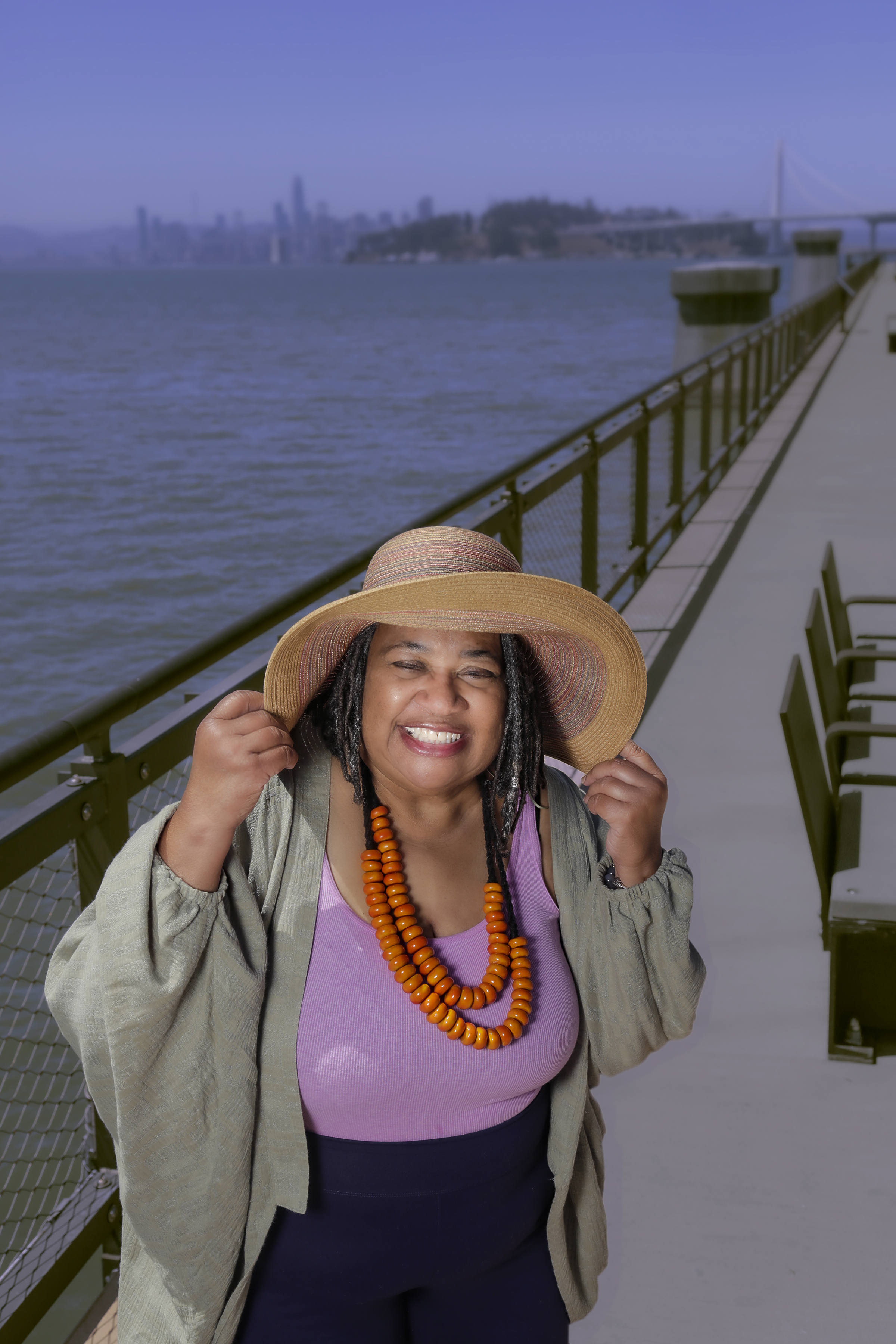 Judy Juanita's poetry collection, Manhattan my ass, you're in Oakland, won the American Book Award 2021 from the Before Columbus Foundation. Her short story collection, The High Price of Freeways, won the Tartt Fiction Prize at the University of West Alabama [UWA], and was published by Livingston Press [UWA] in 2022. Her semi-autobiographical novel, Virgin Soul, chronicles the journey of a young woman who joins the Black Panther Party in the 60s (Viking, 2013).

Her 20+ plays have been produced in San Francisco, Oakland, Berkeley, L.A. and NYC, and are archived at the Jerome Lawrence and Robert E. Lee Theatre Research Institute at Ohio State University (OSU). "Theodicy," about two black men who accidentally fall into the river of death, was first runner-up in the Eileen Heckart Senior Drama Competition at OSU.

Her collection of essays, DeFacto Feminism: Essays Straight Outta Oakland [EquiDistance Press, 2016], examines the intersectionality of race, gender, politics, economics, and spirituality, as experienced by a black activist and self-described "feminist foot soldier." She is a contributing editor for The Weekling, an online journal, where many of the essays appeared. The collection was a distinguished finalist in OSU's 2016 Non/Fiction Collection Prize.

Her body of work, including books, plays, numerous drafts, recordings, articles and interviews, is archived at Duke University's John Hope Franklin Center for Interdisciplinary and International Studies (JHFC) alongside the archives of other 60s activists from SNCC. Before joining the CWP faculty, she taught at Laney College, Montclair State College in NJ, and at SFSU, where she earned an M.F.A. in creative writing, and was a Poet-in-the-Schools in New Jersey. Though born, raised, and educated in the Bay Area, she considers her eighteen-year sojourn in New Jersey worthy of a Ph.D.